Got some time? Here’s the full story below and behind the scenes photos, as told by cats and Leonard Nimoy.

How did this happen??

When Tim Tadder’s studio first contacted me, I thought it was a scam. Obviously. He’s a superstar photographer based out of San Diego, a veritable imagery rock-star. I had been a fan for over a year by this time. I mean, look at these!

I make beheaded sculptures at night, in a shed, like a troll…like a productive troll…well…I don’t eat goats or live under bridges….and my shed is becoming quite nice…ok maybe not a troll but you get what I was going for. So, like a proper paranoid person I looked up names, linked-in profiles, and past projects of his contact before responding. The contact was legit. As was the project. Which meant this was actually happening to me.

Tim Tadder had loved my “Season’s Muertitas”, and wanted to stylize an entire photo-shoot around that concept. This wasn’t for an ad or brand, this was a passion project. He asked if I could paint on model’s faces and create headdresses to match the look and feel of my art. He hoped I would be up for it. Oh the pain this request brought.

The timing couldn’t have been worse. I was in the midst of finishing art for 3 shows, one of which was my solo show in Burbank. I could feel the importance of this opportunity, but it would make the quality for my other shows suffer. Bailing on quality was not an option for me. I asked if he could postpone the project. He could not. This was not a paid gig for him, he had other work to get to. After a bit of back-n-forth detailed exchanges, I had to decline. Yeah. The effects of sending that email was nausea for days after. I kept telling myself these are the best problems to have. Here’s hoping I never have to feel that way ever again.

Some time later, after my self-inflicted misery boiled down to regret, I received another email. Mr. Tadder had tried other options, but then decided to wait until my shows were over to work with me after-all!! WUT?!?!? Hot chills ran up and down my body. The escaped chance of a lifetime swung back around!!! So, Tim Tadder: Thank you for being my Boomerang of Hope!

My poor coworkers, they had to listen to me chatter about if for a while.

With renewed energy I finished my work for the shows in Hollywood, Burbank, and Canoga Park. The support of everyone who showed up for those made all the work worth it. Right after, I got ready for the Tim Tadder shoot. We’re talking sewing, mad dashes to craft stores, rifling through my hoarded materials in boxes n’ bags, ripping apart silk flowers for hours, getting a new sewing machine, trying new techniques, failed attempts at most of those, 1 A.M. rages at those failures, and using Husband and friends as models and test subjects.

After 3 weeks, the headdresses and face-paints were ready, the hotel was booked, time-off from the VERY understanding day-job was given (THANK YOUUUU), and Husband and I drove down to San Diego for the experience of a life-time.

Behind the Scenes at the Photo-Shoot

Everyone there was kind and a joy to work with.  Any request for changes I had was heard and applied, even sought. The producer, Dahlia, kept the engine well-oiled and working smoothly. The ideas that Dezi V had for hair styling was flawless. The stylistic choices of Julia Reeser in charge of wardrobe were unique and beautiful. It became a tornado of inspiration and problem solving, all of us feeding each-other energy. I’ve been so accustomed to working alone, I hadn’t considered the power that comes from collaborating with talented people. Tim Tadder was on-point, inspiring, clear with his vision, and worked very hard. We started at 8 in the morning, and I left at 9 at night while Tim was still finishing up. Highlight photos below. To see the full album go here! 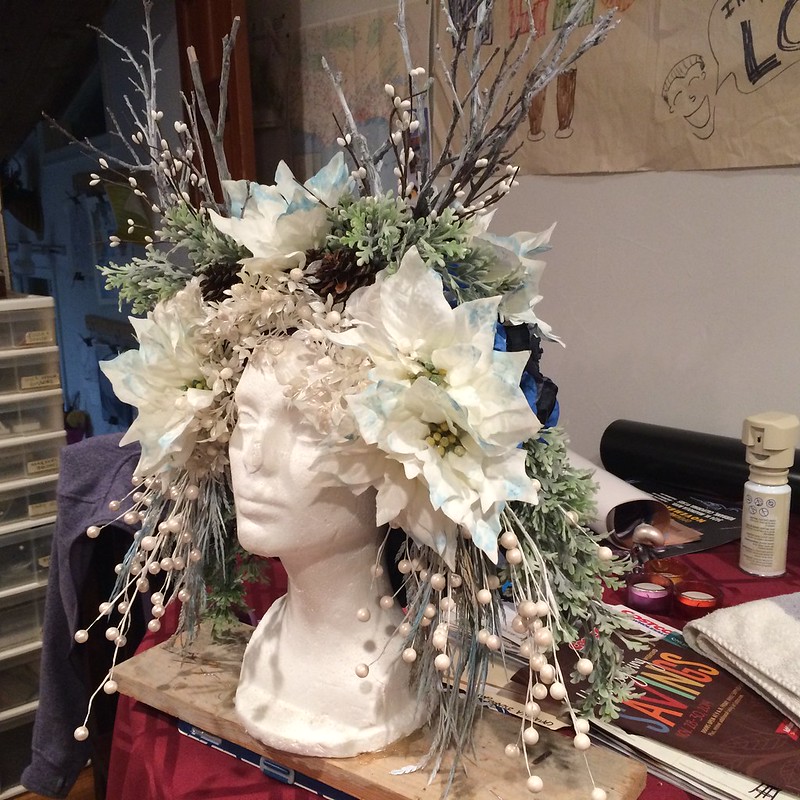 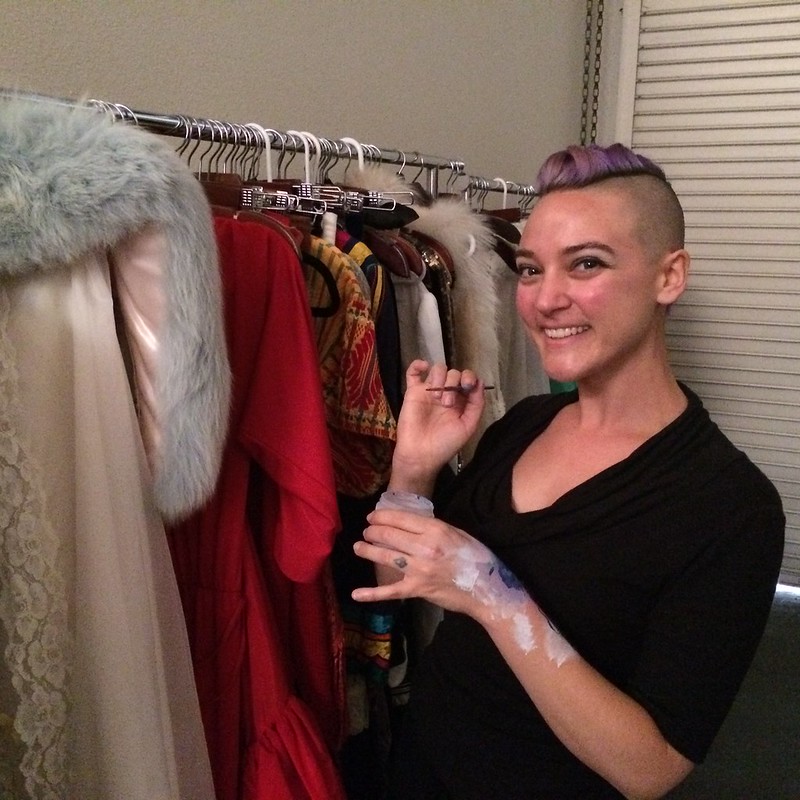 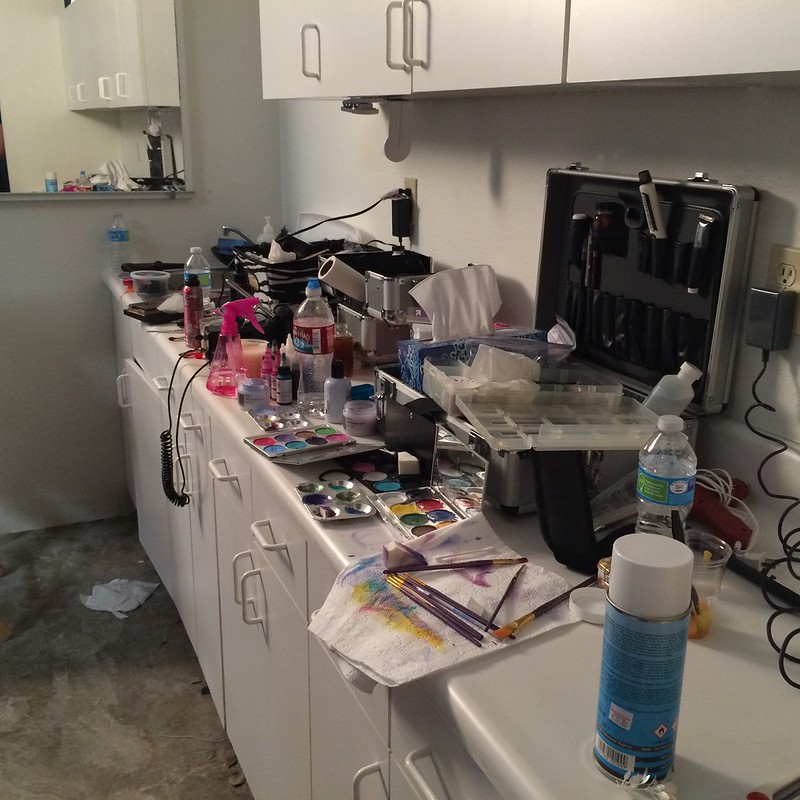 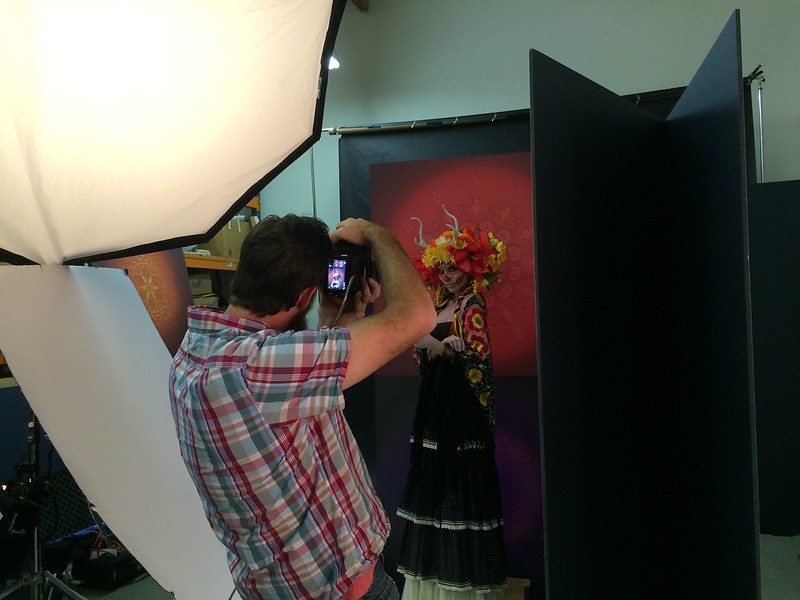 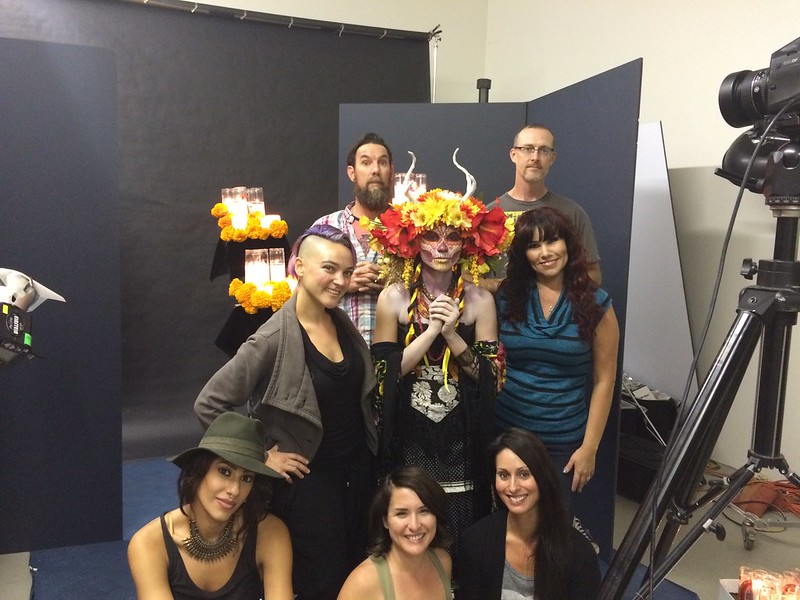 I look forward to any chance of collaborating with Tim Tadder and team again. That guy is awesome. This project has become one of my favorites I have ever worked on, and I’m so happy to finally share it all with you!

And if you read this far, you get another GIF! Thanks for being here ❤

This site uses Akismet to reduce spam. Learn how your comment data is processed.